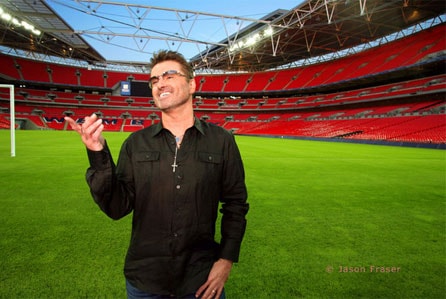 Calling it a “rounding off” of the first phase of his career, George Michael says he’ll tour the U.S. in June for the first time in nearly two decades as a prelude to phase two, which may or may not include television production, an autobiography, and producing more music, which he says he’ll likely give away for free: 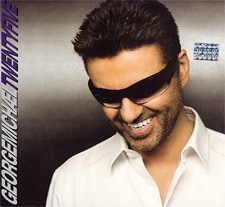 “Disturbed by the increasing trend of downloadable music rendering CDs obsolete and talent shows such as American Idol taking the passion out of pop music, Michael says, ‘it’s the end of a certain era, and I’m not sure how much I really want to be a part of what’s next. So, it’s a kind of a way of saying thank you to everybody before I move on.’ But this is not a farewell tour for the Grammy winner who shot to stardom in the ’80s with the band Wham! and crashed when he was arrested for lewd conduct in a Beverly Hills public bathroom in 1998. Hoping to release more music in the future, Michael suspects he will offer it up to fans gratis to allow for artistic freedom. ‘There are other ways I can express the things I want to. And pop music stopped being a place to express much lyrically awhile back.'”

Michael says fans can expect “the best show of their lives” which will feature tunes from his retrospective album Twenty-Five, out the first week of April. He also says this will be his last big tour: “I don’t want to do anything on this scale again. No more stadiums. I’d like to be the Tony Bennett for my generation.”

Tour dates AFTER THE JUMP…

Previous Post: « Barack Obama Criticizes Use of Gay Marriage as a Wedge Issue
Next Post: Bill Clinton and Students in Spirited Exchange on DOMA »