Lambda Legal to file suit in Iowa today on behalf of six same-sex couples who were denied marriage licenses. 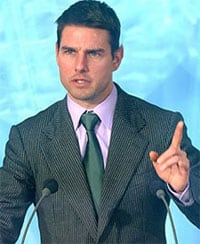 Tom Cruise appearance sparks rumors of cameo on JJ Abrams’ Star Trek set, but he was really there to meet someone special.

Al Gore on global warming skeptics: “You’re talking about Dick Cheney. I think that those people are in such a tiny, tiny minority now with their point of view, they’re almost like the ones who still believe that the moon landing was staged in a movie lot in Arizona and those who believe the world is flat. … That demeans them a little bit, but it’s not that far off.”

The American Family Association gave up their boycott of Ford Motors, but it looks as though they’re trying again with another automaker, GM. Good As You: “What the hell gives these folks the right to go apeshit simply because a company dares to advertise to the LGBT community?! Good God of fringe extremism, why cannot they not at least accept that we are ‘sinners’ with a degree of disposable income, some of which we like to put towards cars?! We know they think we’re barreling down the Highway to Hell. Fine. Let them think that. But can’t they at least respect the right of an automaker to try and sell us a car whose climate control features will help us brave the unbearably hot Lake of Fire?” 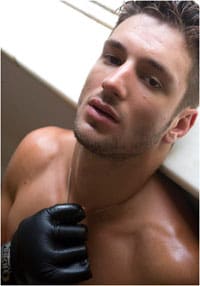 Senator Chris Dodd says we must end the Democratic primary: “Look, we’ve got five more months to go before the Democratic convention at the end of August and, candidly, we cannot go five more months with the kind of daily sniping that’s going on and have a candidate emerge in that convention….We have two very strong candidates. So I’m worried about this going on endlessly and to a large extent…the media, a lot of these cable networks, are enjoying this. It’s what is keeping them alive financially. The fact that this thing is going on forever, back and forth every day, all night — I don’t think it’s really helping the candidates or the political institutions.”

The folks who market Basil Hayden’s whiskey think we’re all a bunch of prancing fashionistas.

The Hills may be turned into a feature film: “I think if they were going to do a film of the hills they would basically film it like we do the show and they would just edit it into a movie. It would be like a really long episode.” 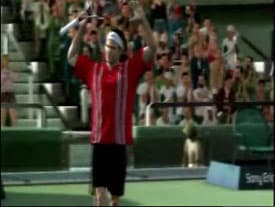 Prison Break brings a major character back from the dead.

UK urges gay men to get tested for HIV: “The Health Protection Agency made the warning after new diagnoses among gay men topped 2,600 for the third year. But the figures do seem to have begun to plateau after a surge at the turn of the century. Overall, the number of new cases hit an estimated 6,840 in 2007 – a fall of 1,400 from the previous year.”

An update on that school expulsion case in Kansas I posted about yesterday: “A lawyer representing a gay student charged with harassment said he was ‘hopeful that things will work out’ for the student after an expulsion hearing Thursday. ‘We’re all wanting him to get back into school. That’s the main thing,’ said attorney John McKean. ‘We’re encouraged and hopeful that it will happen rather quickly.’ Jimmy Iniguez, 17, a junior at Metro-Midtown Alternative High School, faces expulsion for allegedly harassing a fellow student in a school bathroom Feb. 28. Iniguez, who has been suspended since the incident, says he is innocent and is being unfairly accused because he is openly gay. No decision was made Thursday. District policy dictates that the decision be sent to the student’s family by certified mail.”

Previous Post: « JC Chasez: The Fact of the Matter is I’m a Straight Guy
Next Post: Sordid Lives: The Series is Coming »