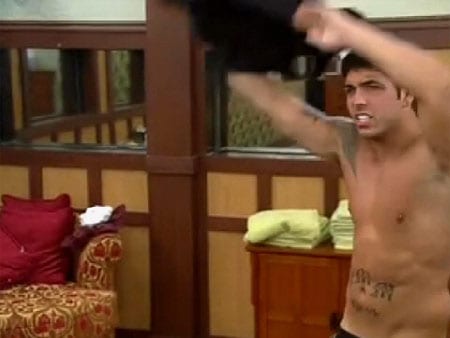 GuyTV Blog uncovers yet another homophobe in the Big Brother house. Not that we’re surprised.

GuyTVBlog: “Uh oh! Matt just found out about the ‘ladies’ of the house, Sheila, Sharon, James, Joshuah wanting to get to Ryan to backdoor him. Once he found out this plan was created by Joshuah and Sharon Matt utters…’That fucking fag, I’ll send his faggot ass home!'”

Joshuah was previously the target of a slur from housemate Adam, who said on the live feeds that Josh was a “faggot” who should “go back to the gay bar.”