In an interview with The Advocate’s Brandon Voss, electronic music artist Moby says he’d “much rather align myself with the gay community than the straight community” and says that he still stands by statements he made some time ago that gays are “superior to straight people.” 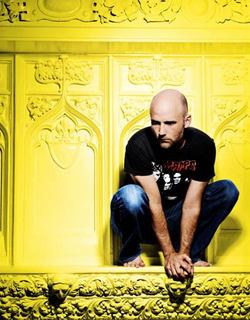 Says Moby: “I also said that if and when I ever have children, I want gay children, which didn’t really endear me to the Christian right wing of America. There are a lot of people in the world who are virulently homophobic or misogynistic or anti-Semitic, and what baffles me is that if you just look at it empirically, gays, women, and Jews are certainly responsible for far fewer violent crimes than straight white guys. They’ve started fewer wars, and they tend to be well educated, fun to hang out with, and they have nice homes, bars, and restaurants.”

As far as his own sexuality goes, Moby refuses to label it: “I just like to think of myself as being pretty open-minded. Also, you never know what the future might bring, so I have no idea. It’s a cliché to say this, but in a perfect world, the dichotomous definition of straight and gay would probably carry less weight.”

In an entry on his website, Moby also recently blasted Oklahoma State Rep. Sally Kern for her remarks about gay people.

Said Moby: “ok, where to begin…how about this simple question: what did jesus (presumably sally kern’s god) say about homosexuality? let’s see…nothing? yup, nothing. dear sally kern: jesus never mentioned homosexuality. allow me to put it a different way, perhaps in question form…how many times did jesus mention homosexuality? oh (to be conversational), none? yup none. never. not once. zero. he did mention divorce (saying it was bad), and capitalism (ditto: bad), and judgementalism and intolerance (again: bad), and forgiveness (good). but homosexuality? never mentioned by jesus in the gospels. so why are the religious right in the u.s so utterly obsessed with homosexuality? and how is the homosexual agenda (whatever that might be) destroying the nation? i mean, if evangelicals call themselves christians shouldn’t they sort of base their evangelical agenda on the things that christ actually said?