Two Republican Oregon legislators are spearheading an effort to repeal portions of the state’s law which ban discimination based on sexual orientation: 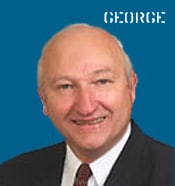 “State Sen. Gary George, R-Newberg, and Rep. Kim Thatcher, R-Newberg, have submitted a ballot title to state elections officials, who announced this week they will accept public comments through March 25. The draft title on the proposed statutory amendment by George and Thatcher reads: ‘Removes sexual orientation from statutes listing impermissible discrimination grounds; deletes other sexual orientation-related provisions.’ Jeana Frazzini, executive director of Basic Rights Oregon, said the proposed initiative was expected. But she criticized the two Republican lawmakers for their role. ‘While I’m not surprised that initiatives to repeal the laws have been filed, I’m shocked that this effort has been spearheaded by legislators whose duty is to protect Oregonians,’ Frazzini said.”

George recently gave an interview to Oregon gay newspaper Just Out regarding the anti-discrimination laws. Said George: “As an employer, I don’t wanna hear about it. This workplace is for work purposes. My advice to the gay community is SHUT UP, just don’t talk about it. If you walk around talking about what you do in the bedroom, you should be on the pervert channel.” 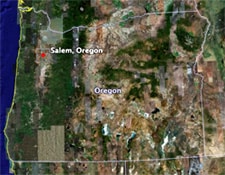 George also described the anti-discrimination measure as like Nazi Germany. Said George in part of an hourlong interview to the Constitution Party of Oregon (audio):

“‘Do they [the legislature] have the ability to write a bill dealing with special rights for homosexuals? To say that if I should stand at a pulpit and reach back here and grab a bible and tell you that homosexuality is an abomination to God, and if you’re a homosexual you need to stop doing that, okay. You need to stop that. If I were to do that, under this bill, and we had the right people in the room, I could be brought up on charges – sound a little bit like Canada? Sound a little bit like Europe?’ Then a voice from the crowd yells out ‘Nazi Germany! Sieg Heil!’ Nazi Germany, yeah that’s right. And so, what happens is, what happens was, is they were able to get passed, and right now there’s an effort out there by Marylin Shannon and a bunch of us that are actually going to challenge that. We’re gonna say ‘No, I’m sorry, you cannot provide special rights, you know, for homosexuals…’ with the ability to sue you, and with the requirement that your children and your grandchildren be taught affirmatively that homosexuality is a great idea. So that’s the kind of thing that we’re battling down there.'”