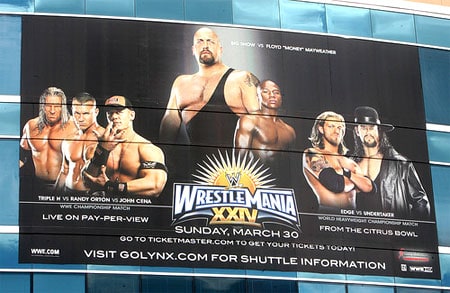 When asked about the nipple-less billboard, Orlando’s mayor Buddy Dyer seemed to think it was because of city law. Said Dyer: “Apparently there’s an ordinance that prohibits them from being displayed.”

Turns out that’s not the case:

“What happened, said a similarly uncomfortable city spokesman, Carson Chandler, was that city staffers asked the WWE and folks to create banners that weren’t too provocative. And somewhere along the way, the nipples were airbrushed out before the giant sign reached Orlando.”