A UK teachers group reports that “gay” is now the #1 most frequently used abusive insult at schools.

No doubt the words would be slightly different in American schools, but here are the words teachers report are being used abusively in UK schools (number indicates percentage of teachers who reported that word as a term of abuse). 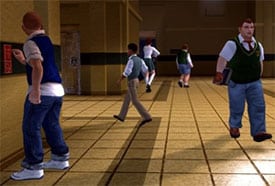 Slang lexicographer Tony Thorne, told the BBC: “‘Every generation grows up with a whole lexicon of homosexual insults, in my day it was ‘poofter’ or ‘bender’. They were used much more because they were considered more offensive than ‘gay’, which is more neutral. It’s only in the last four years that I’ve documented it being used so much by young people. It’s what we call a ‘vogue’ word, which is a fashionable word.’ A reason for this recent increase in use could be because ‘gay’ has lost its sexual connotations among young people, he says. While still pejorative, for the majority of youngsters it has replaced words such as ‘lame’ and is no longer about sexual orientation. ‘I have interviewed scores of school kids about this and they are always emphatic that it has nothing at all to do with hostility to homosexuals,’ says Mr Thorne, compiler of the Dictionary of Contemporary Slang. ‘It is nearly always used in contexts where sexual orientation and sexuality are completely irrelevant.'”