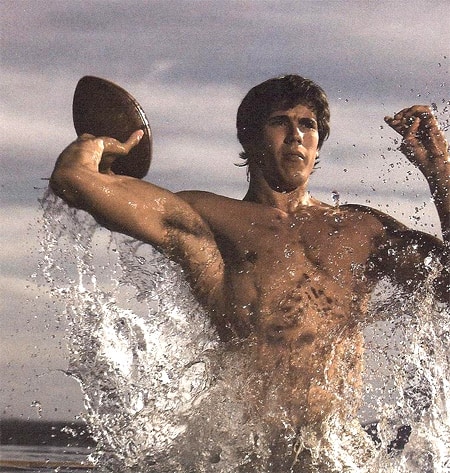 No word on whether he’s still hanging out with allegedly homophobic riff-raff, but Cleveland Browns QB Brady Quinn is now handing out, uh, hummers to the rookies, AFTER THE JUMP… 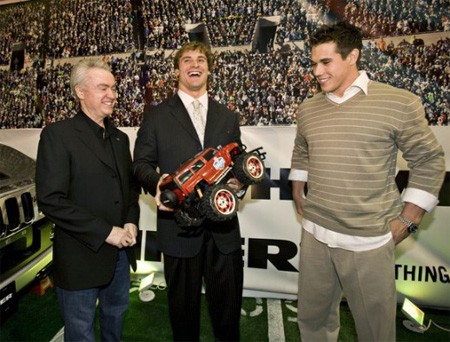 Joe Sports fan reports: “Chris Long was presented with a model HUMMER H2 before being handed the keys to a 2008 HUMMER H2 for being named ‘Hummer’s Top Rookie’ at ESPN Zone on Friday…Last year’s winner, Brady Quinn, joined in on the pomp and circumstance. It’s like the previous year’s Masters winner presenting the Green Jacket to the current winner, only the previous winner in the golf tournament doesn’t daydream about truly giving a hummer to Chris Long.”

Photo above fold via Boy Culture)