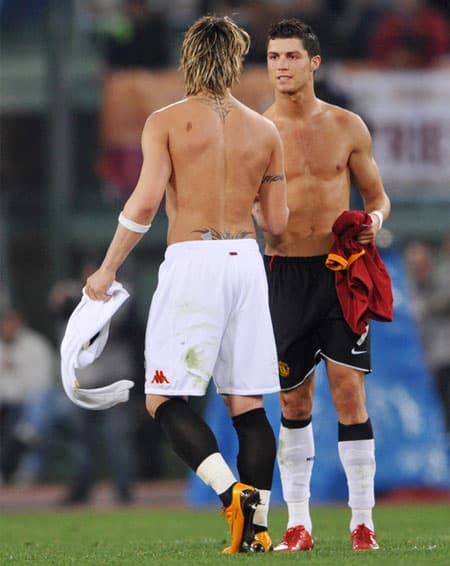 Manchester United’s Cristiano Ronaldo pleased fans back at home in the team’s 2-0 win over Roma last night, doffing his shirt and exchanging it with French Defender Philippe Mexes. Ronaldo and Wayne Rooney both scored goals to advance the team in the Champions League. 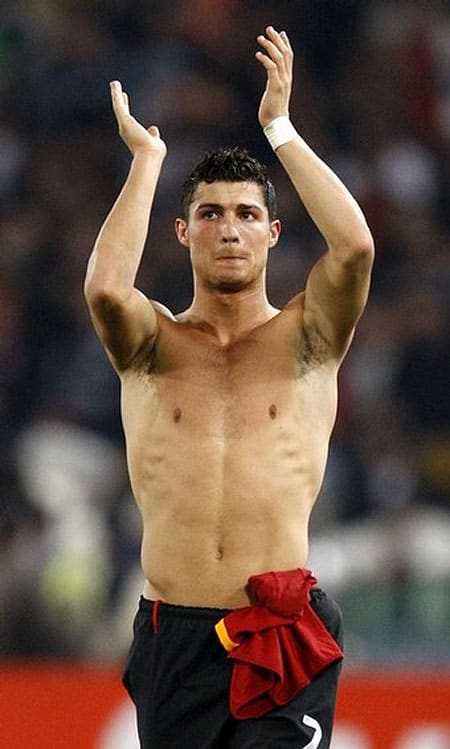 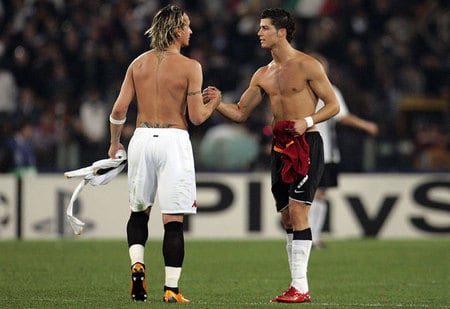