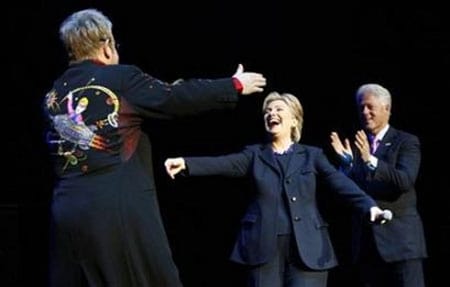 Elton told the crowd: “The reason I’m here tonight is to play music, but more importantly as someone who comes from abroad, and is in America quite a lot of the time (and) is extremely interested in the political process because it effects the whole world…I’ve always been a Hillary supporter. I’m amazed by the misogynistic attitudes of some of the people in this country. And I say to hell with them …. I love you Hillary, I’ll be there for you.”

Said Clinton: “What I want you to know, is I’m still standing, and I believe this country is worth fighting for.” 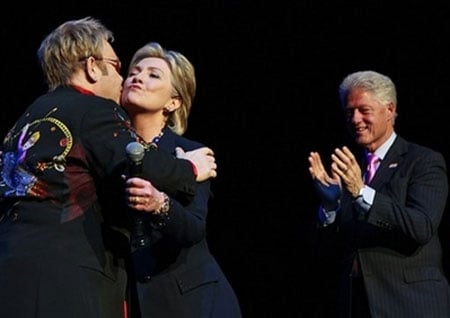