Gay property developers driven from Tasmania by homophobic locals after dead kangaroo is found nailed to door. Stephen Roche: “It’s been an interesting ride. But I don’t feel as though I’ve been pushed out at all. It’s a very small minority that have had any sort of homophobic prejudice. Tassie’s probably got a way to go with acceptance of gay people.” 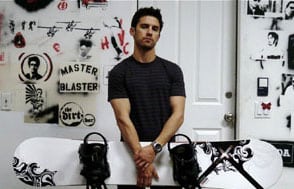 Lifetime poaches Project Runway from Bravo and NBC is MAD AS HELL.

iTunes Canada removes Jamaican dancehall “Murder music”: “This action followed a campaign led by the Canadian LGBT rights group Egale and Stop Murder Music. The songs include advocating or approval of killing gays: ‘iTunes is exercising its corporate responsibility by pulling this murder music and raising the bar for other retailers and distributors to do the same,’ says Akim Larcher, founder of SMM. He calls iTune’s decision a victory for the gay community in Canada and in the Caribbean.”

Oscar Wilde brand alive and well and living in Paris: “In his day, Wilde – iconoclastic, bisexual, Irish – found fame and, briefly, fortune by dint of genius, charm and application. In his own time, he was an outsider and an exotic. Now he’s one of us. We understand his craving for celebrity. We share his obsession with youth. (‘Youth is the one thing worth having,’ he wrote in The Picture of Dorian Gray.) Gay or straight, we are easy with his sexuality. Indeed, so prejudiced are we in his favour, we tend to overlook the fact that most of the young men in whom he took an interest were little more than boys.”

Christian radio station miffed over Wisconsin school district’s dress-up day: “Students at Pineview Elementary in Reedsburg had been dressing in costume all last week as part of an annual school tradition called Wacky Week. On Friday, students were encouraged to dress either as senior citizens or as members of the opposite sex. A local resident informed the Voice of Christian Youth America on Friday. The Milwaukee-based radio network responded by interrupting its morning programming for a special broadcast that aired on nine radio stations throughout Wisconsin. The broadcast criticized the dress-up day and accused the district of promoting alternative lifestyles.” 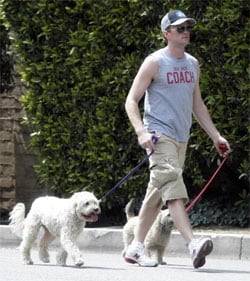 Will you make it to third base with Neil Patrick Harris. These bitches did.

Sex and the City girls the star attraction at a benefit for The Point Foundation.