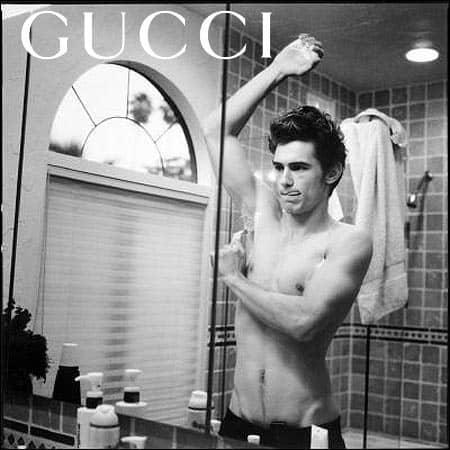 James Franco has been announced as the new face of Gucci by Gucci, a new men’s fragrance being launched in the fall, WWD reports. Franco joins fellow actors Justin Timberlake (for Givenchy), Matthew McConaughey (for Dolce & Gabbana), Henry Cavill (for Dunhill) and, most recently, Patrick Dempsey for Avon, in hawking the man scents.

*Note – the photo above is illustration only, not an ad.