Music magazine The Word apologized in court to Morrissey for publishing a damaging article following last December’s profile of the singer in the New Music Express. As you may remember, Morrissey sued the NME after what he said was a failure to classify his remarks on immigration, in an article which he said amounted to “character assassination.” 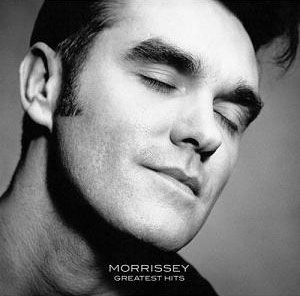 The Word‘s piece was a review of Morrissey’s album, which said: “For his waving of the flag (for publicity too, it would seem), for his ingrained habit of paying lip service to anti-racism while talking like an old Tory immigration spokesman, and for his abandonment of everything that made The Smiths a band for outsiders, Morrissey should be ashamed of himself.”

According to The Guardian, “[Morrissey’s] solicitor, John Reid, told Mr Justice Eady that the closing paragraph could have been construed to suggest that he was a racist, held racist opinions or that – as the child of migrant parents – he was a hypocrite. Reid said that The Word‘s publisher, Development Hell, in which MediaGuardian.co.uk owner Guardian Media Group has a minority stake, and editor Mark Ellen did not intend the article to have the suggested meanings. Reid added that the firm wished to make it ‘absolutely clear’ that it dissociated itself entirely from any such inferences. Development Hell’s solicitor, Caroline Kean, offered the firm’s ‘sincere apologies’ to Morrissey. Morrissey welcomed the news and vowed to continue his libel complaint against the NME.”

Said Morrissey: “I am obviously delighted with this victory and the clearing of my name in public, where it is loud and clear for all to hear. The NME have calculatedly tried to damage my integrity and to label me as a racist in order to boost their diminishing circulation. Word magazine made the mistake of repeating those allegations, which they now accept are false and, as a result, have apologised in open court. I will now continue to pursue my legal action against the NME and its editor until they do the same.”

AFTER THE JUMP, the video for “Stop Me”.