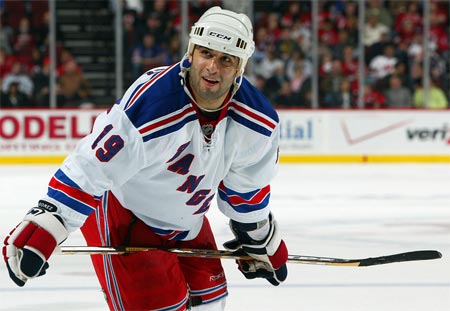 New York City Council Speaker Christine Quinn, GLSEN exec director Kevin Jennings, and Jeff Kagan, director of the gay hockey association, met with representatives from Madison Square Garden and the New York Rangers hockey team regarding the homophobic atmosphere created by fans at Rangers hockey games. The NYT reported back in March that chants of “Ho-Mo Larry” at straight season-ticket holder Larry Goodman, whose signature ‘goofy dance’ has apparently become a staple at games as well as general fan behavior during the games had created a “toxic” atmosphere.

Said Jennings of the meeting: “The Rangers and MSG/Cablevision agreed to implement a specific action plan based on the recommendations we made at the meeting. We are very excited about their willingness to engage in dialogue, take actions and become an active participant in creating a less hostile atmosphere at Madison Square Garden.”