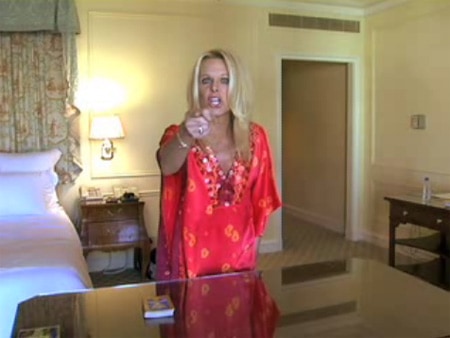 Tricia Walsh-Smith, the desperate wife of Shubert Organization President Philip Smith, is back with another video, entitled “And yet another crazy day in the life of a Phoenix rising from the ashes.” Here’s the first one if you missed it.

She pulled “courage” from her Tarot deck, which has apparently given her the will to keep fighting.

This video is her response to the responses to her first video. Smith is upset that her eviction order has kicked in, she’s in debt, and she’s being harassed by Smith’s employees who have been posting “disgusting, disgusting comments trying to slag [her] off and slander her name.”

Honestly, I think she’s doing a pretty good job of that herself.