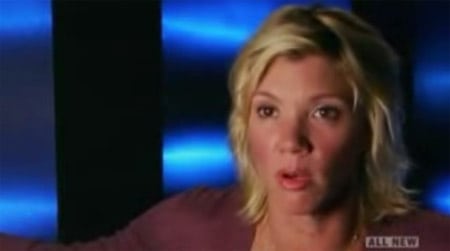 Workout star Jackie Warner allegedly made some remarks recently on the show about a woman’s breasts that outraged fans and now have caused the show’s sponsor Gatorade Propel, to pull its advertising. According to fans, Warner had her manager take the fall for the remarks. 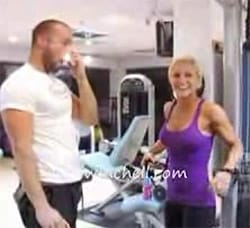 Here’s the lowdown, via one of the show’s former fans: “Brian brought in his client to train. Jackie and her office manager were sitting in the office together and they started making fun on Brian’s client’s breast for being too hard and too perfect and obviously implants. What Jackie and her office manager didn’t know was that the clients boyfriend was standing outside their office and heard the whole thing. He walked into Jackie’s office and informs her that his girlfriend is a breast cancer surviver. Jackie in turn has the whole scene edited out for the show, and has her manager take the fall for making the statements. But the next day, Brian comes into Jackie’s office and confronts her with her statements (because according to Brian, whom I believe) it was Jackie who made the statements about this clients’ breast being too hard. Jackie refused to talk about it. Brian continued and in turn Jackie fired Brian.”

Warner has since apologized about what happened on the show, saying “The producers decided (regrettably) to create through editing a very different and what I think a very negative show.”

Gatorade has apparently pulled its sponsorship, releasing a statement which reads, in part “We have watched the episode in question, and we too were surprised and saddened to see the conversations unfold between these trainers. Since this episode aired, we have heard from many viewers of The Workout who are also consumers of our product, and we understand and relate to your disappointment in what occurred. We have notified Bravo we no longer wish to be associated with The Workout and will be pulling our commercials. Furthermore, we will not renew our sponsorship of this program in subsequent seasons.”

Watch the clip discussed above, AFTER THE JUMP…