Teenagers at Foundations Academy high school are apparently being bullied by kids at Urban Environment middle school, with whom they share a building. Although the middle school kids are younger, their friends and relatives have joined in, and apparently knives and guns are now involved. 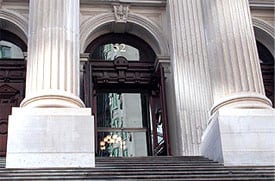 The NY Post reports: “Teens said the trouble started weeks ago, when seven Foundations Academy students were selling cupcakes for an AIDS walk in a lunchroom filled with Urban Environment students. They said the younger kids began shouting anti-gay slurs, hurling food and, ultimately, throwing fists. In the weeks that followed, friends and relatives of the middle-school kids were apparently recruited on the premise that the smaller, younger kids needed protection – even though several parents at Urban Environment acknowledged their school had been the aggressor.”

Doesn’t sound like it’s long before the east coast has its own Lawrence King murder.