Crystal Dixon, the University of Toledo’s associate vice president of human resources, was placed on paid leave after she published an article in the Toledo Free Press in April responding to a piece in the paper about gay rights, WTOL reports. 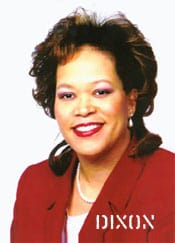 Said Dixon: “As a Black woman … I take great umbrage at the notion that those choosing the homosexual lifestyle are civil rights victims. I cannot wake up tomorrow and not be a Black woman. Daily thousands of homosexuals make a life decision to leave the gay lifestyle.”

Said Rob Salem, UT clinical law professor and board member of Equality Toledo: “The problem for me is that this is somebody that is charge of a major department of a major institution. She talks about …. homosexuality being a choice. And those views are refuted by the American Medical Association, the American Psychological Association.”