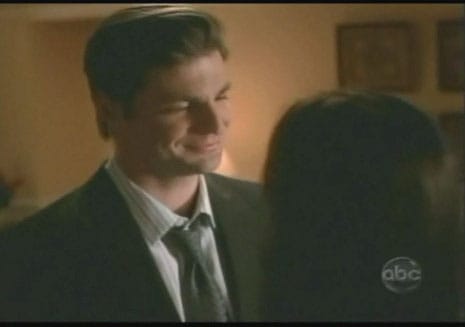 As had been predicted, Desperate Housewives coughed up a juicy closing sequence in its season finale last night, which included an appearance by Queer as Folk‘s Gale Harold.

I think it could have used a few more shocking changes (the fact that Gabrielle is mother to two spoiled brats is more than predictable) but I do think the turn could provide the show with some much-needed upheaval.