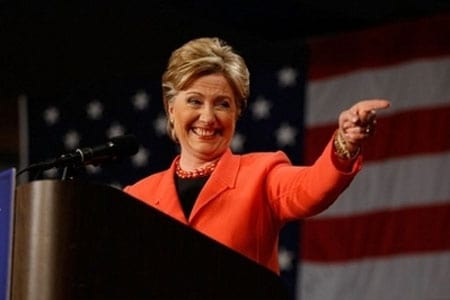 Hillary Clinton won the West Virginia primary with 67 percent of the vote to Obama’s 26%, but the primary changed little in terms of the delegate count. What it did reveal was a vote along racial lines:

“The number of white Democratic voters who said race had influenced their choices on Tuesday was among the highest recorded in voter surveys in the nomination fight. Two in 10 white West Virginia voters said race was an important factor in their votes. More than 8 in 10 who said it factored in their votes backed Mrs. Clinton, according to exit polls. With Mr. Obama solidly ahead of Mrs. Clinton in the delegate fight, the West Virginia results are unlikely to hurt Mr. Obama’s chances of winning the nomination. A strong Clinton victory in another general election battleground state like her victories in Ohio and Pennsylvania could raise fresh questions about Mr. Obama’s ability to carry swing states in a contest against Senator John McCain.”

Obama, who spent the day in Missouri, dismissed talk of division within the party: “There is a lot of talk these days about how the Democratic Party is divided. But I’m not worried, because I know that we’ll be able to come together quickly behind a common purpose. There’s too much that unites us as Democrats. There’s too much at stake for our country.”

AFTER THE JUMP, Terry McAuliffe beats Chris Matthews over the head with “It’s not over.”

Previous Post: « Does Gaming Turn You On?
Next Post: Childers in ‘Seismic’ Mississippi Win as Red District Goes Blue »