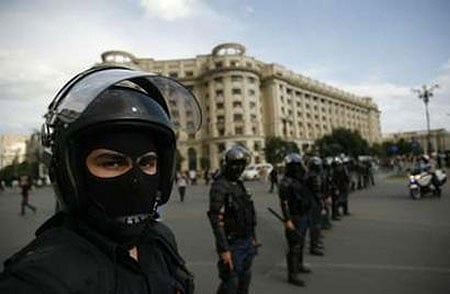 A gay pride parade was held in Bucharest, Romania on Saturday, following demonstrations by nationalist and ultra-orthodox groups. It was watched over by approximately 1,200 police officers in riot gear: 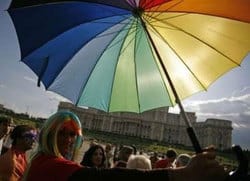 “Two counter-demonstrations were held ahead of the parade. At one, members of a far-right group chanted ‘Romania does not want you’ in a protest they said was ‘against sin’. Romania decriminalized homosexuality in 2001, but gay people often face hostility in this largely conservative country of 22 million where the powerful Orthodox church views homosexuality as a sin and a disease. Police said the gay rights march passed off without incident. ‘It is encouraging,’ riot police spokesman Marius Militaru told reporters. ‘People are becoming aware that we are heading towards a degree of normality.’ Last year riot police detained dozens of protesters who tried to break up a gay rights march.” 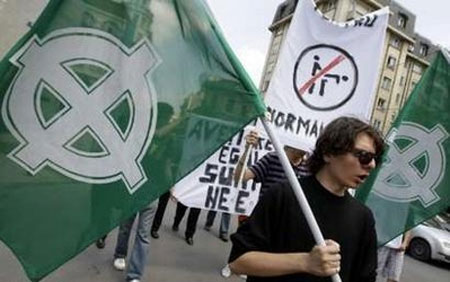