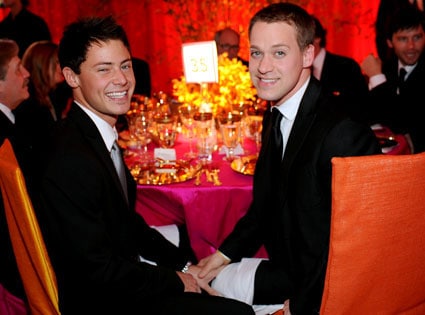 E!’s Marc Malkin speculates that T.R. Knight and Mark Cornelsen may be one of the couples set to take part in a mass commitment ceremony, hosted by Knight, in West Hollywood on June 4:

Of course Malkin uses the word “tie the knot” and we know gays in California don’t get that level of dignity in California – yet. Which may be a good thing, considering Knight and Cornelsen have been dating for less than six months.