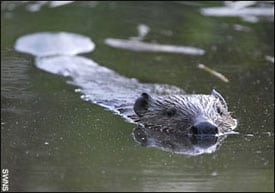 They’re back: First beaver dam seen in England in 800 years!

Dirty boy: Zac Efron reportedly not a fan of showers.

George W. Bush is set to award former Joint Chiefs of Staff Chair Peter Pace, who last year said that homosexuality is immoral, with the Congressional Medal of Freedom: “The Presidential Medal of Freedom is the nation’s highest civil award, awarded to individuals who have contributed to: 1) the security or national interests of the United States, 2) world peace, or 3) cultural or other significant public or private endeavors.” PFLAG has called on people to protest the honor.

In case you haven’t heard, somebody got a spiffy new redesign. 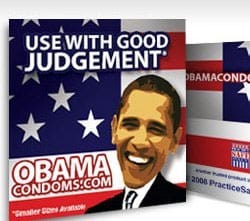 Dr. Drew forced to issue clarification after this statement about Tom Cruise: “”A lot of people in the public eye who behave strangely have mental illness we can learn from, and much of it is based on childhood trauma, without a doubt. Take a guy like Tom Cruise. Why would somebody be drawn into a cultish kind of environment like Scientology? To me, that’s a function of a very deep emptiness and suggests serious neglect in childhood – maybe some abuse, but mostly neglect.”

Poll shows New Yorkers agree with Paterson on same-sex marriage but don’t think he should have done what he did: “New York voters say Gov. Paterson was wrong to order the recognition of out-of-state gay marriages by state agencies – even as they agree the state should recognize the same-sex unions, a poll yesterday showed. The Quinnipiac University poll found that voters, by 53 to 40 percent, said the governor was right to order the recognition of non-New York gay unions. But they believed, by 55 to 30 percent, that the decision should have been made by the Legislature and not the governor.” 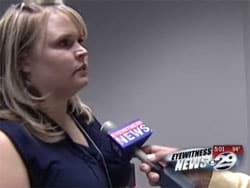 More on California’s Kern County and its move to end weddings: “The move has prompted prominent opponents of same-sex marriage to travel to Bakersfield in recent days and rally in support of Barnett. It has outraged others, including some local opponents of gay marriage who say her decision also adversely impacts straight couples. Many same-sex couples in Bakersfield who had been planning to marry in the clerk’s office starting Tuesday say they are undeterred. Instead of being married inside the clerk’s office, they now are planning Tuesday wedding ceremonies conducted by ministers on the shady grounds outside the clerk’s downtown office. Heterosexual couples who had weddings scheduled in coming days and weeks were forced to change their appointments to this week.” Local news stonewalled…

Happily ever after: What’s to come for many same-sex marriages? “It’s very easy to get caught up in the moment, in an exciting historical time, and this newfound freedom and opportunity of the revolutionary moment often overrides the personal issues that marriage usually involves.” 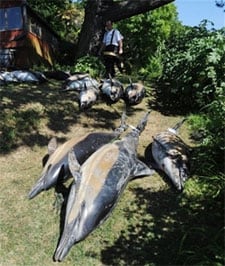 Dolphins die in mass suicide in England? “Vic Simpson, who has been involved in the postmortem examinations of some of the 26 dolphins that died, said yesterday: “On the face of it, it looks like some sort of mass suicide – but the question is why? ‘The dolphins had swallowed and inhaled big chunks of mud from the estuary. Their lungs and stomachs were full of it. That is very bizarre indeed.’ Simpson, who founded the Wildlife Veterinary Investigation Centre in Truro and is examining the dolphins on behalf of the Zoological Society of London, added: ‘We have seen strandings on beaches, sometimes with five to seven dolphins, but never on a scale like this.'”

Homophobic judge “forced” to marry British gay couple: “Alabau claims she is a victim of persecution and is being used as a ‘vehicle for propaganda’. But a disciplinary ruling this week means that she will shortly be forced to carry out a marriage ceremony for a British couple in Dénia court, for the first time since the law was passed.”