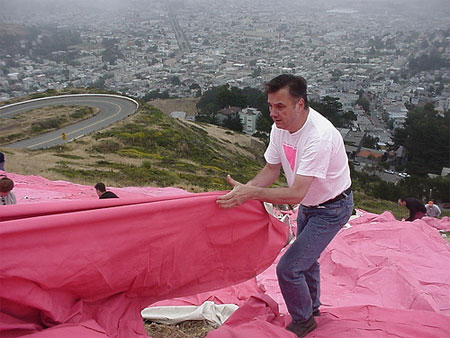 A pink triangle to be installed at the top of San Francisco’s Twin Peaks (image via flickr user Madein1953) will be so large this year it will be visible from 20 miles away.

The installation,meant to commemorate gay victims of the Holocaust, has been in place every Pride weekend since 1995.