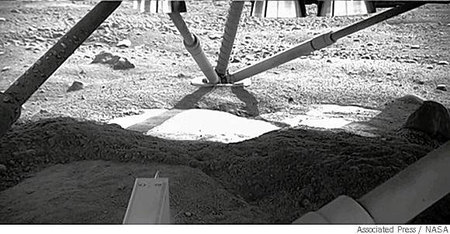 Scientists acknowledged over the weekend that a slick, shiny surface discovered just beneath the Martian lander is likely the ice they have been searching for. The lander’s retrorockets likely blew away a few inches of topsoil allowing the gleaming surface below to be visible:

“It’s the consensus of all of us that we have found ice. It’s shiny and smooth – it’s absolutely astounding! It’s not impossible that it’s something else, but our leading interpretation is ice. We are looking at an extended table of ice.”

As a result, the next set of discoveries are now possible: the building blocks of life, as well as some out-of-this-world margaritas.

The lander also left a human-looking ‘footprint’ in the Martian soil upon reaching out to touch it for the fist time. Check it out, AFTER THE JUMP… 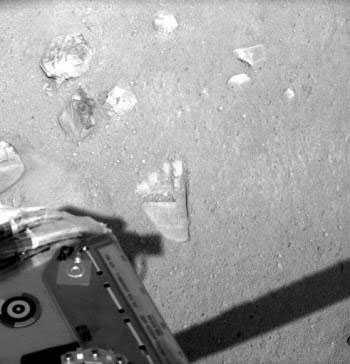