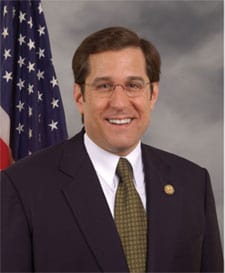 “This change in position is not because Rothman had a Jim McGreevey moment; Rothman had a Dick Cheney one. One of Rothman’s stepdaughters is lesbian. As a former mayor of Englewood, Rothman performed many marriage ceremonies. In a phone interview Wednesday, he said the ‘issue of gay marriage has been on my mind’ ever since those days. Yet despite his two biological children often telling him that “of course, gay people should be able to be married,” he still would respond, ‘I’m not there yet.’ What got him there was a new marriage, and with it, the addition of three stepchildren to his family. His evolution on same-sex marriage is not unusual. When someone knows an openly gay or lesbian person, his or her views on equality broaden. Rothman is embracing a brave, new lavender world because like any parent, he wants his children to live happy, productive lives. ‘Life can be short and hurtful for some,’ he said. ‘Anytime anyone in the community speaks out against discrimination, it advances the cause of ending discrimination.'”

The times they are a-changin’.