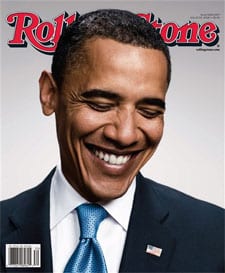 REPORT: Justice Dept. politicized hiring practices to favor Republican candidates: “‘Many qualified candidates’ were rejected for the department’s honors program because of what was perceived as a liberal bias, the report found. Those practices, the report concluded, ‘constituted misconduct and also violated the department’s policies and civil service law that prohibit discrimination in hiring based on political or ideological affiliations.'” FLASHBACK: DOJ Looking into Possible Firing of Atty Over Sexual Orientation…

Ad campaign for Dexter in Portugal features severed limbs in butcher cases and knifed corpses on the street! 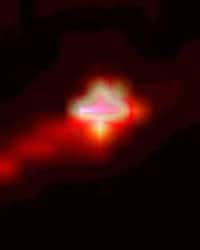 British soldiers see 13 UFOs in sky above barracks: “I was on duty in the guard room when the other boys outside began shouting. I went out to see what the commotion was about and could see thirteen craft in the skies. They were zig-zagging, but I filmed two before they disappeared. They were like rotating cubes with multiple colours. I made a full report to my commanding officers and gave them my footage. The other lads were as amazed by it as I was.”

Orlando Bloom reveals his back end in the Canary Islands.

Justin Timberlake’s ‘Play’ fragrance may smell clean but his feet are filthy. 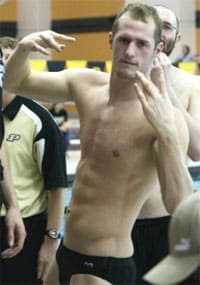 Out swimmer Andrew Langenfeld to compete for a spot on the Olympic team in the 100-meter butterfly.

NYC Chelsea nightclub 1 Oak reacts to reports yesterday that they covered up a gay bashing at the venue. Page Six: “Club sources say the night was not promoted as a ‘gay night’ and that the attacker was re strained by security but broke away. The victim said 1Oak owner Scott Sartiano insisted on giving him a car to the hospital instead of calling an ambulance. A rep for the club said, ‘1Oak is committed to providing an environment of safety and security to patrons every night. This incident was handled by security and staff immediately and this type of inappropriate behavior will not be tolerated at 1Oak.'”

Art Fag City talks to Nayland Blake about who they’d all like to fuck.

Anti-gay assault suspect under arrest in Minneapolis: “A gay Twin Cities man, the apparent victim of a hate crime, was badly beaten last Saturday. He claims a stranger approached him near 6th and Cedar Ave. South in Minneapolis, and asked if he was gay. The victim answered yes proudly, and the suspect hit the man in the face, yelling that he hated homosexuals. Abdirizak Mohamed has been charged with assault in the fourth degree with bias—a hate crime with enhanced penalties.”

Michelle Obama to give keynote address at Gay and Lesbian Leadership Council Gala DNC fundraiser on Thursday in New York.