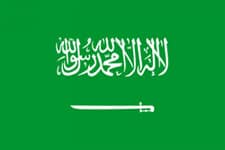 “Religious police” arrested “scores” of men suspected of being gay at a party in the eastern part of the country, according to reports:

“Al-Medina daily says the Commission for the Propagation of Virtue and the Prevention of Vice, which employs the religious police, was told Friday of a large gathering of young men at a rest house in Qatif, in eastern Saudi Arabia. The paper says scores of men were initially arrested but only 21 remain in detention.”