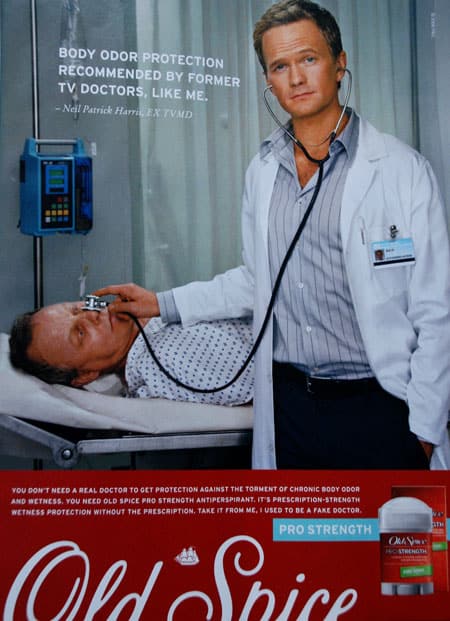 Not only can Neil Patrick Harris convincingly play a heterosexual womanizer on TV, he can also hawk traditionally macho brands to consumers. Harris appears in a really great ad for Old Spice antiperspirant in this month’s GQ (p. 47).

The ad references back to his Doogie days, reading, as he’s pictured placing a stethoscope on a patient’s nose: “Body odor protection recommended by former TV doctors, like me.”

It also reads, in the small print, “Take it from me, I used to be a fake doctor.”