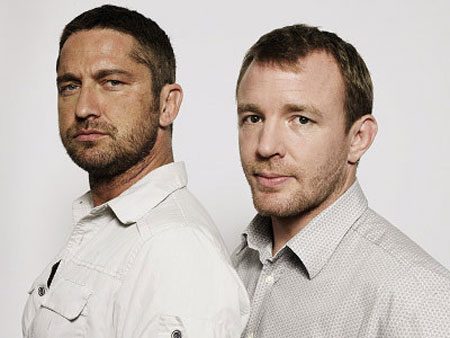 Above, a portrait of Gerard Butler and Guy Ritchie from San Diego’s Comic-Con. Butler stars in Ritchie’s new film RocknRolla. Butler has been regaling audiences with a tale of how Madonna injected a B-12 vitamin shot in his ass when he was sick while they were filming: “I was sick, and she was a nurse basically. Guy introduced me to her and she said, ‘You”re the sick one?’ and I said, ‘Yes.’ Well, she was amazing. She just said, ‘Drop your pants.'” 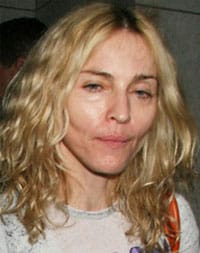 Ritchie told People that his marriage to Madonna “is fine as far as I’m aware of.” Madonna was photographed over the weekend looking particularly haggard and speculation immediately arose that many things have been taking their toll on her lately — marriage, the tell-all, her intense workouts and tour, but it could have been that she was just tired and not wearing any make-up. It was also reported over the weekend that she and Ritchie would renew their vows.

Meanwhile, Page Six published a report that Madonna had a hand in her brother Christopher’s tell-all:

“She actually ghost-wrote parts of it with him, the way Princess Diana helped Andrew Morton write his book on her. That’s why there’s nothing too devastating in Chris’s book. He’s mean to others, but not so much to his sister.”