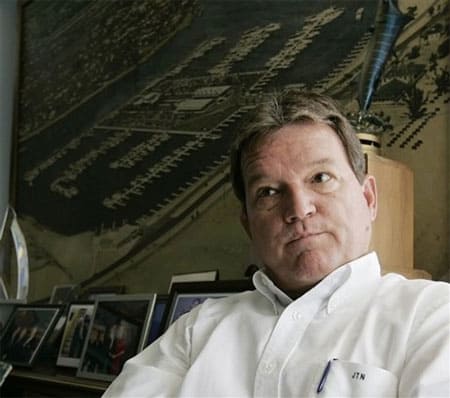 Fort Lauderdale Mayor Jim Naugle spoke with 850 WFTL in Fort Lauderdale yesterday. The outgoing mayor, well-known for his positions that gays are “unhappy”, says he thinks a “responsible homosexual” could fill his seat: “He defined that as one who rejects the idea that it’s OK to take over public parks for gay sex, and who would ‘do something about the AIDS crisis here, recognizing promiscuous activity has a heavy cost on life and dollars.'”

Of his legacy, he said: “I would like to be remembered as one of the first politicians who rejected political correctness, and did what’s right.”

Naugle’s comments have pissed off gay candidate Dean Trantalis, who is running for the seat: “He needs to be responsible with the words he says- he is totally irresponsible and shameless in the comments. Why does he keep bringing it up? He keeps bringing it up because it grabs the headlines. The Mayor has some serious problems with sexual orientation and enough is enough.”