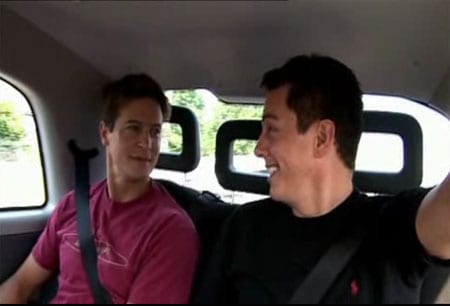 Here’s a brief excerpt from The Making of Me, which follows John Barrowman to L.A. to take a series of tests to determine why he’s gay. It’s just a short bit which features Barrowman’s partner Scott Gill. These two are so cute together.

The documentary aired last night in the UK on BBC1 and was the most-watched program, attracting 3.8 million viewers.