Pacific Gas & Electric has donated $250,000 to defeat Proposition 8, the anti-gay marriage ballot measure in California, according to the L.A. Times: 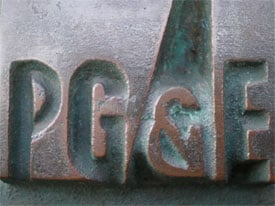 “The utility also said it will spearhead the formation of a business advisory council that will seek to get other businesses around California to to defeat the ballot initiative that would amend the state constitution to define marriage as only between a man and a woman…The donation from the utility, and the formation of the business council, represents a shift from the last time that the question of gay marriage was on the ballot, in 2000. Back then, many businesses stayed on the sidelines. This time, in addition to PG&E, other large corporations such as AT&T and Wells Fargo also have donated to defeat Proposition 8. Analysts said businesses may be more willing to get involved this time because they have more gay and lesbian employees who are out and in positions of power and because they believe the amendment could hurt business if passed, by giving the impression that California is not friendly to gay and lesbians.”