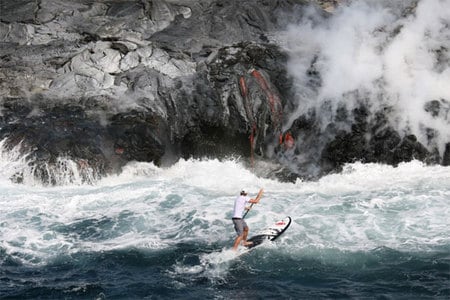 Yesterday, the Daily Mail published these photos of professional surfer CJ Kahuna getting a close-up look at the Kilauea lava flow as it descended into the ocean:

“Tentative at first, the adrenalin-junkie paddled to within 20ft of the lava, before moving back from water that reached 200C in places, melting the wax on his surfboard and burning his feet in the process.”

Not sure when the photos of Kahuna were taken, but Kilauea has been in the news recently as its activity has increased dramatically. Photographers over the weekend captured a 100-foot spout at the coast (pictured here) and vulcanologists (I love that word) say they haven’t seen anything like it.

One more shot of Kahuna, AFTER THE JUMP… 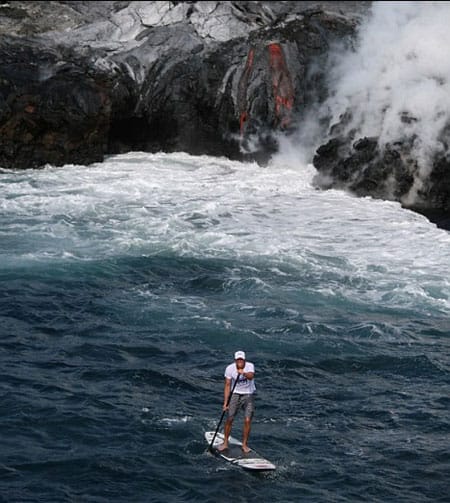 Previous Post: « Will Lance Bass Get a Male Partner on Dancing with the Stars?
Next Post: Ted Haggard Escort Mike Jones Says ‘No’ to Moment of Truth »