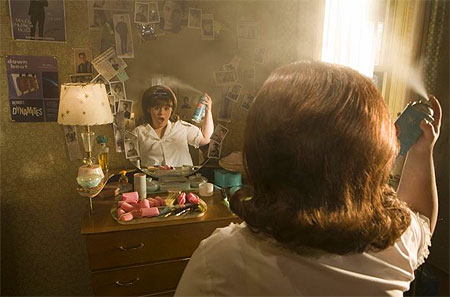 New Line has retained John Waters to write a treatment for a sequel to the $200 million+ grossing movie musical Hairspray:

“Planning to return are director-choreographer Adam Shankman, producers Craig Zadan and Neil Meron and Tony-winning songwriters Marc Shaiman and Scott Wittman, who will write new songs for the film. No cast has been engaged yet, and none of the stars of ‘Hairspray’ had sequel options. But the studio hopes to reunite the original cast in a film that will be ready for release by Warner Bros. in mid-July 2010…Aim is to pick up the Baltimore saga of the Turnblad family after the resolution of the first film, which was set in 1962.”