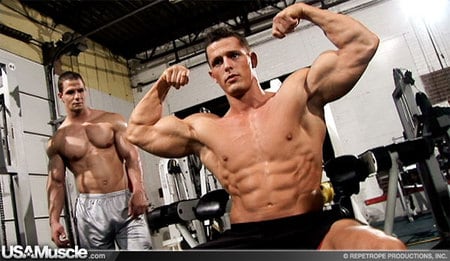 It was pointed out in our comments section yesterday that Big Brother 10’s narcissexual bodybuilder Jessie Godderz has a “workout/flexing” video online in which he and another buddy, fitness model Ward Patrick, admire one another and themselves for the camera.

Here are some screencaps from their “intense and inspiring” workout. More AFTER THE JUMP… 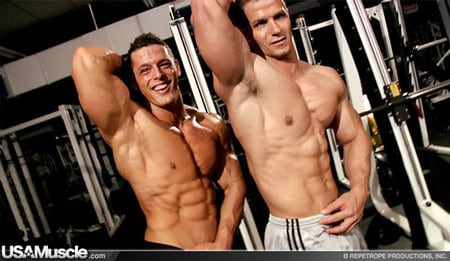 Here’s the preview video from which they came.

Also, if you missed it, here’s Jessie’s appearance on MTV’s Next.