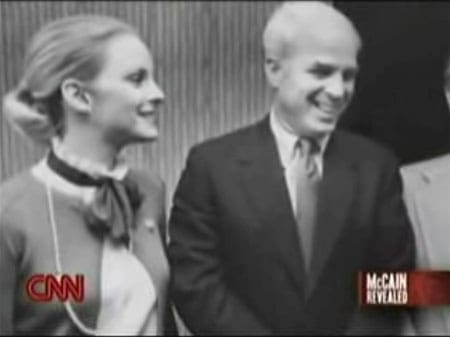 CNN talks to John McCain about his affair with Cindy McCain while still married to his first wife Carol.

CNN: “The chronology that’s presented publicly doesn’t necessarily match the chronology of the documents — that you had applied for a marriage license in Arizona at a time when your divorce wasn’t final yet.”

Cindy: “His reasons are his reasons. You know, I think I’ve been a good wife and I think I’m a good mother. And I think that’s what he saw in me.”

(via the jed report)