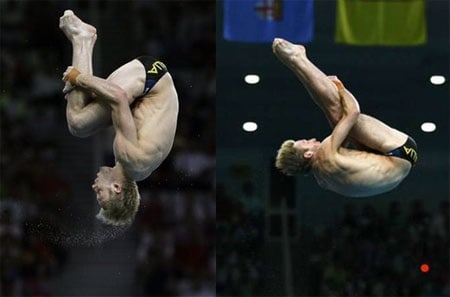 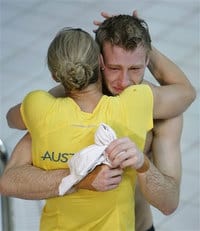 “Matthew Mitcham has won a gold medal for Australia in the men’s 10 metre platform diving in Beijing. The 20-year-old offered an incredible 112.10 final dive to beat the Chinese Luxin Zhou who had lead the competition until that point. Fellow Australian Mathew Helm came 6th in the final. Helm took silver at Athens in 2004.”