Harold Miller, a leading Irish bishop in the Anglican church, says the church can’t accept gays even if homosexuality is proven to have a genetic or biological origin. 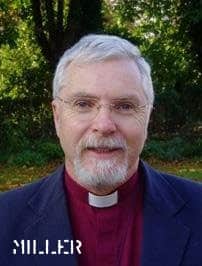 Said Miller: “If you say that because you are born with a certain inclination then it is God-given and you should be free to follow that through in your life, it doesn’t make any logical sense whatever. You would then have to say that there are many different inclinations with which people are born — even if it is true that this is an inherent thing — and which people spend their lifetime trying to subdue. The fact that you are born with it doesn’t make any moral judgement on the inclination. People fight to subdue inherently bad tempers, depressive streaks or lots of sexual inclinations. Some inclinations are good, some are not good and some are mixed…I stood at the front gate of a Cathedral in America last month and read a notice saying ‘Anybody going on the LGBT parade come to the Cathedral first and have your relationship blessed by the bishop’…There’s no doubt about it — it’s lesbian, gay, bisexual and transgendered for a start — so the thing has widened already and you have to ask: what does it mean for someone who’s born bisexual to follow their inclination or inclinations? [Proving that homosexuality is natural] makes no difference at all.'”

Miller’s remarks are at odds with Church of Ireland Archbishop Alan Harper, who said such discoveries would be cause to reconsider Anglican practice on the issue: “It has not yet been conclusively shown that for some males and some females homosexuality and homosexual acts are natural rather than unnatural. If such comes to be shown, it will be necessary to acknowledge the full implications of that new aspect of the truth, and that insight applied to establish and acknowledge what may be a new status for homosexual relationships within the church.”

And also at odds with the mindset of Archbishop of Canterbury Rowan Williams, which was revealed in letters from 2000 and 2001 earlier this week.