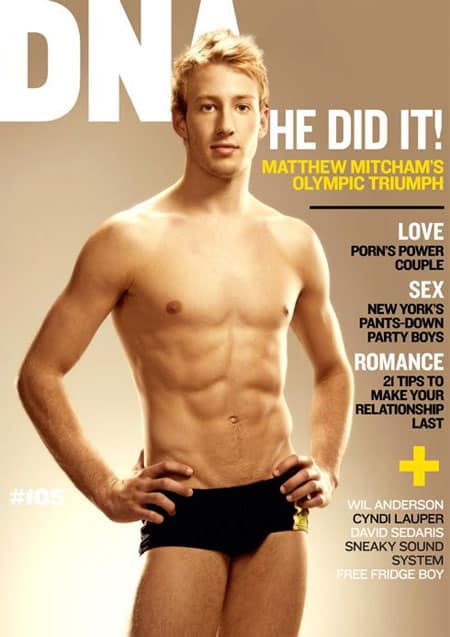 Matthew Mitcham is splashed across the cover of gay Australian mag DNA this month.

Last week it was reported that Mitcham was close to signing a sponsorship deal with swimwear designer aussieBum. SameSame reports that it’s just a rumor…for now.

Said Aussiebum‘s Elsa Dunn: “The emails have been coming thick and fast about Matthew and aussieBum. The news that we’re sponsoring him and have asked him to be the face of aussieBum is just as your article outlines…a rumour. Having said that however, we certainly would love to have a talk with Matthew on his return and open the floor up to discussing not only possible sponsorship opportunities but to have Matthew play a role in our company….As to what that role looks like we haven’t planned that far.”

They did manage to snag an interview with Mitcham in an aussieBum T-shirt prior to his Sydney win. Watch it, AFTER THE JUMP…