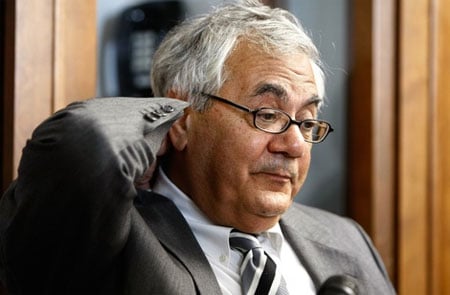 Following Bush’s address last night, congressman Barney Franks told reporters: “I’m glad the president said what he said. It’s not that making the speech was going to help, but failure to make a speech was probably hurting. In America, if you don’t hear from the president, it’s not a crisis.”

He then laid into the White House ‘photo-op’:

“All of a sudden, now that we’re on the verge of making a deal, John McCain drops himself in to make a deal. I really worry about this politicization of it. Frankly, we’re going to have to interrupt a negotiating session tomorrow between the Democrats and Republicans on a bill, where I think we’re getting pretty close, and troop down to the White House for their photo-op, and then come back and get on to it. We’re trying to rescue the economy, not the McCain campaign.“

(via americablog, image via daily dish)