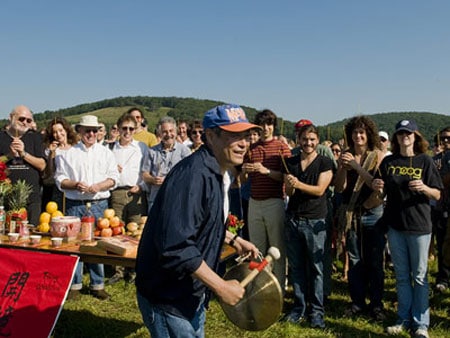 Entertainment Weekly published the first photo of director and cast on the set of Taking Woodstock, the film based on a memoir by Elliot Tiber, the gay Greenwich Village interior decorator who facilitated the legendary music festival.