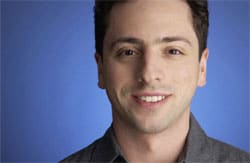 “As an Internet company, Google is an active participant in policy debates surrounding information access, technology and energy. Because our company has a great diversity of people and opinions — Democrats and Republicans, conservatives and liberals, all religions and no religion, straight and gay — we do not generally take a position on issues outside of our field, especially not social issues. So when Proposition 8 appeared on the California ballot, it was an unlikely question for Google to take an official company position on.

“However, while there are many objections to this proposition — further government encroachment on personal lives, ambiguously written text — it is the chilling and discriminatory effect of the proposition on many of our employees that brings Google to publicly oppose Proposition 8. While we respect the strongly-held beliefs that people have on both sides of this argument, we see this fundamentally as an issue of equality. We hope that California voters will vote no on Proposition 8 — we should not eliminate anyone’s fundamental rights, whatever their sexuality, to marry the person they love.”

It’s unclear what further action by the company might be taken in the battle against Prop. 8.