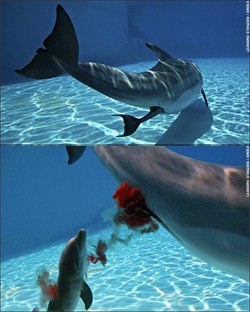 Elton John lashes out at boozy singer Lily Allen: “I could snort you under the table.”

Focus on the Family’s James Dobson on Sarah Palin: “A lot of people were praying, and I believe Sarah Palin is God’s answer…They should be commended once again for not just talking about their pro-life and pro-family values, but living them out even in the midst of trying circumstances.”

French police place gay groups under surveillance ahead of Pope’s visit: ” Eager to avoid a repeat of the condom shower that greeted the Pope in Sydney, Australia, in July, certain gay activist groups such as Act Up are being closely watched in the run-up to the visit. In addition, because of threats to the Pope made in May 2007 by the terrorist network al-Qaeda and the recent terrorist attacks in Algeria, French security officers will be placed on maximum alert during his stay in Paris and the pilgrimage site of Lourdes.”

So was the reason Fred Thompson and George W. Bush danced around the specific word “torture” in their speeches last night when referring to McCain because “if [Bush] describes what was done to McCain as torture, he has incriminated himself for war crimes?” 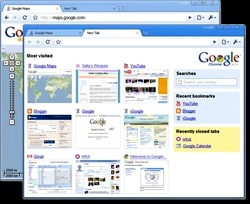 Have you seen Google’s new Chrome browser? The NYT David Pogue says it has serious potential. Google Chrome end user license agreement says that Google owns everything you create while using the browser – “By submitting, posting or displaying the content you give Google a perpetual, irrevocable, worldwide, royalty-free, and non-exclusive license to reproduce, adapt, modify, translate, publish, publicly perform, publicly display and distribute any Content which you submit, post or display on or through, the Services.” Brin: Why we’re launching it.

Massachusetts sees economic boost from out-of-state same-sex marriage decisions there and in New York: “The recent changes have prompted a flood of gay New Yorkers coming to Massachusetts to get married — and that seems to have made same-sex marriage big business for the Bay State. There are no firm figures on how many gays from New York have come here to marry in the few weeks since the law took effect. But anecdotal evidence suggests the numbers are huge and likely to grow.” 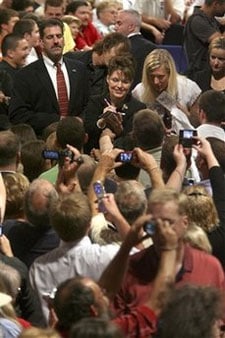 Olympian Michael Phelps not only has an Entourage — he’s set to appear on the show.

Gay cleric on shortlist to become Bishop of Bangor, Wales: “Canon Jeffrey John, who entered into a civil partnership with his long-term partner, the Rev Grant Holmes, in 2006, is currently the dean of St Albans and is a Welsh speaker – making him an ideal candidate for the job. Earlier this year, the Archbishop of Wales, Dr Barry Morgan, said he would support the election of a gay bishop, despite opposition among conservative Anglicans. At last month’s Lambeth conference, the Archbishop of Canterbury, Rowan Williams, asked liberals not to exacerbate tensions by consecrating gay clergy. A conservative cleric, Bishop David Anderson, from the Convocation of Anglicans in North America, wrote that the Church in Wales was likely to ignore Williams’ requests.”

THE DAY AFTER PEACE: Jude Law announces documentary about Afghanistan.