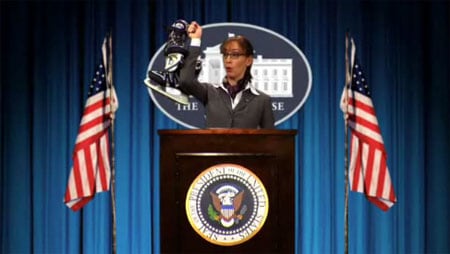 “I think there’s a really good chance that Sarah Palin could be President, and I think that’s a really scary thing…cause I don’t know anything about her. It’s like a really bad Disney movie, ‘The Hockey Mom.’ Oh, I’m just a hockey mom from Alaska, and she’s president. She’s facing down Vladimir Putin and using the folksy stuff she learned at the hockey rink. It’s absurd.”