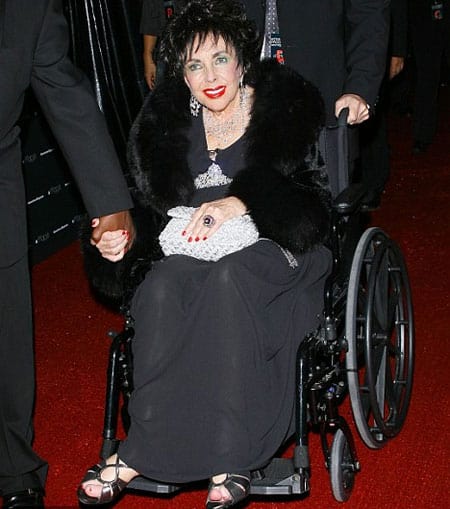 Elizabeth Taylor took the stage at the Macy’s Passport show last night in Los Angeles. Taylor lifted the HIV/AIDS benefit to a new level when she first declared her support and appeared in it in 1987.

In mid-September she made her first public appearance since reports that her health situation was dire and she had been on life support. She had a few drinks at West Hollywood gay bar The Abbey.

Even though her capacity for giving speeches is fading, she’s still out there fighting. Bless her.

Watch her remarks, AFTER THE JUMP…