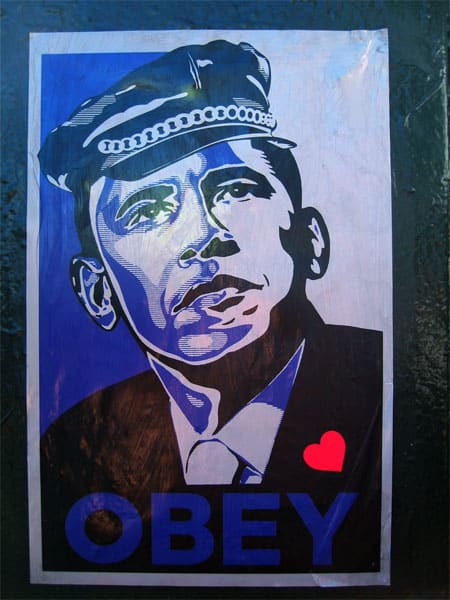 This (appropriate for its context) parody of the well-known Shepard Fairey Obama poster was apparently plastered everywhere at last weekend’s Folsom Street Fair in San Francisco, the self-described “grand daddy of all leather events.”

Joe.My.God reports that Peter LaBarbera of Americans for Truth has begun his yearly crusade against the gathering.

You may remember the controversy last year over the fair’s promotional materials, a parody of daVinci’s “The Last Supper”. As far as I know, this Obama piece was not authorized by the event but just posted by a supporter.