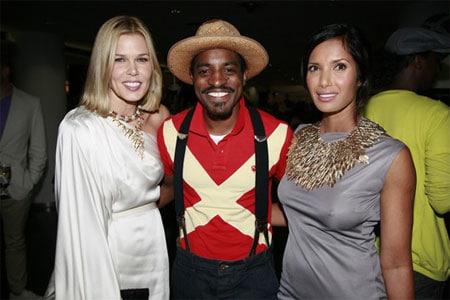 At a party for the launch of his clothing line called Benjamin Bixby, Outkast’s Andre 3000 told the New Yorker Observer that just because he dresses like a dandy he’s not gay:

“People feel like, just because you like to dress well … that don’t mean you’re gay! I don’t know where that came from! My thing is the 1930s. You had rough guys who played football, but they were impeccably dressed. So now, if a guy wants to wash his face, they call him a metrosexual or whatever. So my thing is, cut all that out. You know? It’s clothes!”