Opening statements begin today in a case that I first posted about back in August 2007 when a group of San Diego firefighters inquired about filing suit against the city because they said they were harassed after being forced to ride in a gay pride parade. 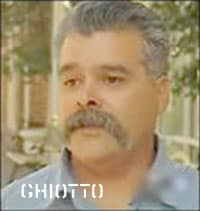 At the time, the Union Tribune reported: “In statements filed with the state, the men said that along the parade route, they were subjected to offensive lewd comments such as, ‘You can put out my fire,’ and saw men blowing kisses at them. Then, they said, they had to endure protesters who yelled at them that homosexuality was a sin. Some comments were too risque to print.”

According to that paper, “A jury of six men and six women was seated Monday. The trial is expected to last three weeks. The four – fire Capt. John Ghiotto, engineer Jason Hewitt, and firefighters Alex Kane and Chad Allison – are seeking unspecified compensation…City Attorney Mike Aguirre is representing San Diego in court. He said the parade is a sanctioned city event no different than many other parades, including those celebrating Fourth of July and Martin Luther King Jr. Day. ‘It is the policy of the city to provide fire and police participation’ at these events, Aguirre said during pretrial arguments. ‘These men were paid to sit in a truck with the windows up and to drive a few blocks.’ The San Diego Fire-Rescue Department has since changed its policy to rely on volunteers.”

Previous Post: « Decisions, Decisions…
Next Post: Lance Bass Wants to Do the Gays Proud on Dancing with the Stars »