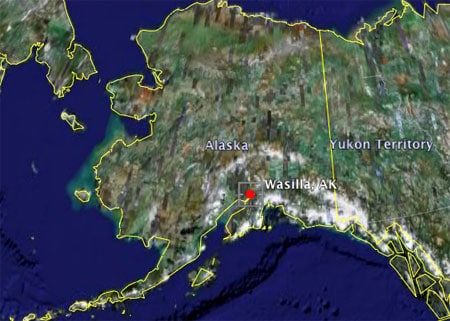 Ryan Quinn is a writer whose work has appeared in Outsports.com, XC Skier Magazine, and The Anchorage Daily News. He is a former college athlete and NCAA Division I National Champion, and came out to his teammates at the University of Utah during his sophomore year of college. He is often called upon to speak on panels discussing identity and social barriers in sports and culture. He was born and raised in Alaska, and now lives in New York City.

To my fellow Americans:

I’m an Alaskan. I grew up in Wasilla. Sarah Palin was my mayor. She wanted to ban books at the library where my parents taught me how to read. There have been many interesting pieces of journalism introducing my gun toting, mooseburger-eating former neighbors (I now live in Manhattan) to the rest of the country, and most have focused on how proud Alaskans are of their governor making the surprise leap to the big leagues.

Sarah Palin’s story is compelling, but it is one that could happen only in Alaska, where the politics and the economy are simple and where it’s not difficult to spend a lifetime sheltered from the complexities and diversity of the outside world. I love my home state; I wouldn’t trade my childhood there with anyone. And I hope the Palin intrigue will translate into a boost in tourism that will further enrich the state’s $5 billion budget surplus, so that when Gov. Palin returns to Juneau in November she can continue to serve Alaska’s interests with relative ease.

But as reporters roam the streets where I grew up, chatting with my ecstatic neighbors, I feel compelled to offer another view, as an American, by pointing out that John McCain has demonstrated an alarming lapse of judgment by choosing Sarah Palin as his party’s VP candidate. Choosing a running mate was his first and only concrete test of judgment in the campaign process. Here’s why he failed. 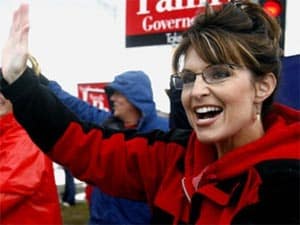 My fellow Alaskans have vouched for Palin as a charming, interesting person. I can add to that that she is perfectly friendly. But now she is running for the highest office and so it must be noted that Sarah Palin the Friendly Neighbor is different from Sarah Palin the Executive. The latter is a woman with intense agendas guided by a narrow set of culturally conservative and extreme religious values. She believes that abstinence should be the only form of sex education taught to teenagers; she believes that creationism should be taught alongside science in our schools; she is against a woman’s right to choose even in the cases of incest and rape; and her church believes gay and lesbian Americans can and, one assumes, should be corrected by prayer (“pray away the gay” is their cheery slogan).

When she was mayor of my hometown, these extreme views came off as petty and irrelevant to people like me who did not share them. There seemed little cause for alarm. Most Alaskans are happy to live and let live; we don’t think of ourselves as Republican or Democrat. Besides, as mayor, it’s not like she had the power to wiretap our phones, amend our constitution, or send us to war.

But she did try to use her power to ban books. Wasilla’s popular public librarian rightly objected, and the community rightly backed the librarian. The books were never banned, though Mrs. Palin did fire the librarian for not agreeing with her political views, then rescinded the firing after it was clear she’d made an unpopular decision. Sarah Palin’s behavior is revealing: in a state as isolated as Alaska, in a town as small as Wasilla, books are vital to the culture and to the education of its residents. The small town values I learned growing up included attending story hour at the public library. Those values most certainly did not include trying to ban books that the mayor’s church friends didn’t think other people should read.

It will be interesting to see what effect Gov. Palin’s penchant for reform will have on the McCain campaign. Will she put one of Cindy McCain’s private jets on eBay? Maybe one of the McCain’s seven houses? It certainly hasn’t meant she’ll answer any questions from voters or the press. Her very first media interview won’t come until later this week. The reason is clear: she’s not ready to answer questions about the housing crisis, foreign policy or healthcare. So far she’s been allowed into public view only to deliver a speech similar to the one she gave at her party’s convention, the one in which, with the sass and smile of a punch line, she ridiculed community organizers who step up to help less fortunate communities whose government has allowed them to fall through the cracks. Her speech made for good television, something the McCain camp felt they desperately needed. And it sure fired up the folks at the Republican National Convention. Who can blame them? They finally have a candidate who can shoot a gun, drink a beer AND speak in complete English sentences. This is real change for them.

In recent days, Sen. McCain and Gov. Palin have directed accusations of elitism at the Democratic ticket as well as at the media, suggesting that there is something undesirable about a presidential candidate with extensive knowledge of foreign policy, inner city community struggles, constitutional law, and the complexities of the major domestic crises. This is baffling. Don’t we want an elite leader? Don’t we want a White House made transparent by an elite press? We are a large and complex nation with large and complex problems. Common sense suggests, and the last eight years have shown, that perhaps the president should be something of an elite leader.

Barack Obama studied international relations at Columbia (he also has a law degree and has taught constitutional law) before returning to Chicago to be a community organizer. Meanwhile, Mrs. Palin ran for Miss Alaska (she placed second) and then received a Bachelor’s degree in communications-journalism from the University of Idaho. She returned to Alaska and became a reporter at a television station’s sports desk.

For just 22 months Sarah Palin has been the governor of a state of just 680,000 people that is “awash” in money (as former Alaska governor Tony Knowles put it) and receives more pork-barrel money per capita than any other state. Alaska has no tricky border or immigration issues with the remote parts of British Columbia and the coast of Siberia. There are no inner cities struggling with poverty and daily violence. There is a lot of drunk driving (Alaska is dark and cold much of the year), though the state police force is well funded and the road system they patrol is startlingly simple; I can’t think of a stretch of highway lasting 15 miles that has more than 4 lanes.

To use a metaphor from track (a sport the Palins are fond of), putting Gov. Palin on a presidential ticket is like Coach McCain sending a promising high school long-jumper to compete for Team USA in the Olympic decathlon. It’s a really bad coaching decision. And by all accounts McCain’s vetting process was hasty and impulsive.

John McCain’s choice of Sarah Palin shows that he is moving farther and farther to the right of mainstream America. If he’s doing it for political reasons, he’s no maverick. If he’s doing this for reasons of principle, he is merely out of touch with most Americans. Ninety percent of the delegates to the Republican National Convention were white. That might resemble the America that the Republican party sees, and it certainly resembles the demographics that shaped Gov. Palin over the many years she’s lived in Alaska. But it’s not the America most Americans live in. Not only is Sarah Palin’s executive experience inadequate, her worldview is not possibly diverse or nuanced enough to appreciate either the domestic challenges or international complexities that a VP must grasp at the most basic level. A McCain/Palin administration would be risky at best, and potentially disastrous.

I’m sick of Republicans suggesting I’m unpatriotic while they ruin my reputation around the world. I’m sick of people casting votes of fear because of threats that are mischaracterized and exploited by their own political leaders. I’m sick of distorted television commercials being my country’s primary method of public discourse. And I’m sick of being told that straight, white, Evangelical family values are better for my country than my family’s values. Anyone who has paid lip service to the idea that America’s strength relies upon its diversity, be warned: it’s actually true, and it will be even truer in the future. I think my generation will be known as the diversity generation. We get America. We are ready to be leaders for the world community. We are motivated. We think. We are patriotic.

And if we vote, we cannot be outnumbered.